KHALWAH IN ISTANBUL: RIGHTING THE WORLD IN ONE SWEEP…… 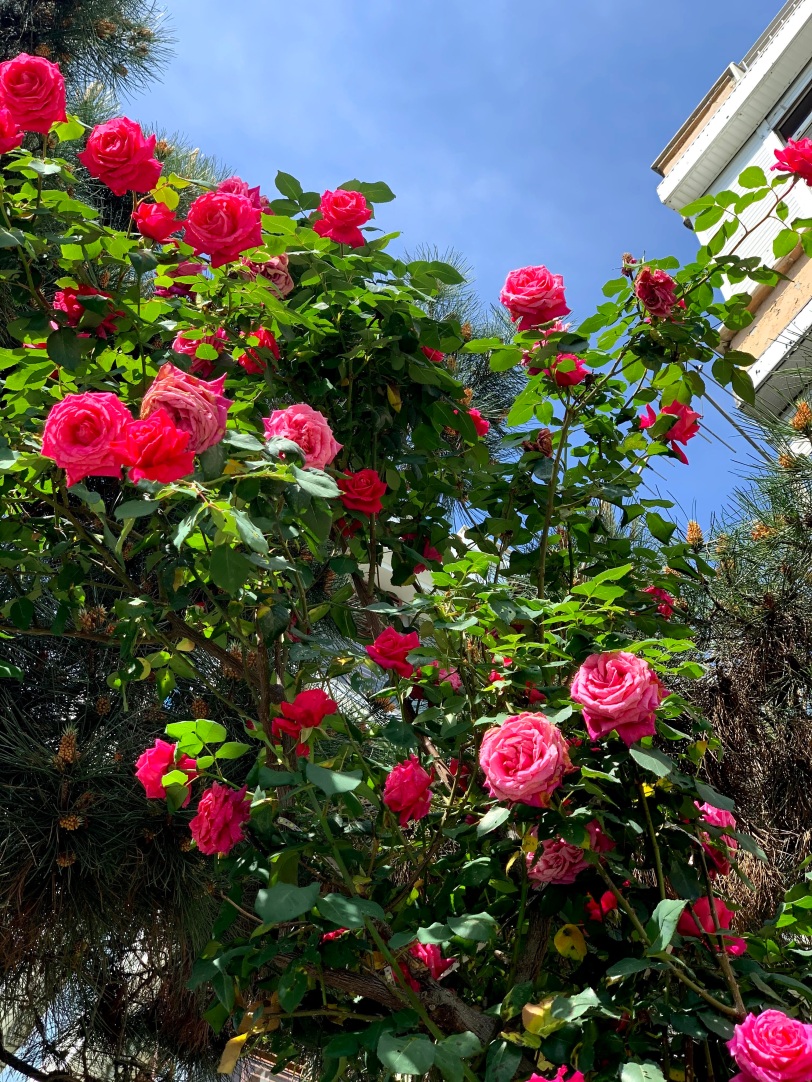 Sufi saying: Be the earth: it receives your manure and gives up flowers”

One significant fact arises in observing the outcome of this ongoing pandemic and that is the Almighty is staying the hand of the pious as well as the aggressor.

He Suubhanawataala is giving us time to reflect in the privacy of our homes or tents alike, of the consequences of our thoughts and actions.

We have a choice of rebelling the “stay home” order and getting all worked up about the restriction or we can use this as downtime to allow those things to surface that have been suppressed either by being “busy” or by “deliberate distractions” so as not to have to deal with them.

John Hopkins count: the infection is relentless unless the people relent with change in behavior

The bottom line is that The Divine has given the people of this world “TIME OUT” in the corner of their homes.

This is a famous hadith that has been used by all and sundry sometimes with a great amount of zeal but without wisdom with long acting consequences. Huge dissertations of tafseer have been written about it.

I thought I would bring a simple observation from my life and share it with you.

Discussion: One should never support, endorse or accept sinful acts, and the three methods are given above.

MY OBSERVATIONS FROM MY LIMITED EXPERIENCES

THE FINE LINE BETWEEN DESENSITIZATION, AGGRESSIVE CORRECTION AND LAISEZ FAIRE

Each one of us has heard this hadith many times and interpreted it for our self in our own individual way.

The first part of the Hadith is:

The key word here lies in the word:”power” : if you see a disobedience then stop it with your hand If you have the power ( first power is that of the Ruler and “power” resides in each person over those whom she or he has jurisdiction)

Thus, power means “jurisdiction” not physical power to break the law or violate the rights of others or defame them verbally or by publications.

I have lived in the west and over thirty years of going to the mosque which grew from a one room in a clubhouse to a fully endowed mosque that accommodates over a thousand people. However, one thing has not changed. It is the zealous nature of my pious Muslim sisters who feel they must correct their fellow sisters whether they know them or not. They are well intentioned but sometimes unaware of the consequences of their zeal.

Just as we see in Hajj thus all the muslims living in the west are not uniform and may belong to different schools of thoughts and one may mistake an action on the basis of limited knowledge of all the aspects of faith and its practice.

Sensitivity to this variance of accepted practice of Islam is a key point,

HERE IS A SIMPLE EXAMPLE WITH LONG REACHING CONSEQUENCES

A active practicing sister in full hijab, well versed with the fiqh of salah and dress, see a young American girl or convert praying but her head covering may have slipped from her forehead and some section of her hair may be showing they will in the process of her prayer will pull down her head cover to cover the part which is uncovered.

How does that affect the recipient and the person who did this action?

THE RECEPIENT OF THE CORRECTIVE ACTION

She is deeply concentrating in prayer and struggling to keep her concentration and she is rudely interrupted dispersing the flow of her recitation, if she is weak in the memorization or it is new memorization as for a young girl or convert the words may completely escape her and her prayer would be destroyed, leaving her angry, disgusted, and self-deprecating for forgetting the prayer and resentful of the woman who pulled her head covering.

For the woman who saw the partial hair uncovered of a girl in prayer she feels she has to correct this disobedience of Allah in salah otherwise this Salah will not be accepted by Allah and will go to waste.

Thus, she in haste pulls the head covering of the one who is praying thus disturbing this girls salah. Such a  persons  who in her enthusiasm to correct a disobedience in prayer has earned a sin by actively disturbing the salah of another.

In addition if the recipient is a fledgling in her faith and becomes resentful and stops coming to the mosque or worse stops praying, this may heap another sin on the do overseen worse is if this person whose head covering was corrected during salah was a convert and in disgust becomes a murtad then the sin of that rejection of Islam falls on the shoulders of the woman who was trying to correct the head cover.

Thus, one has to carefully think of the consequences of one’s actions both by the doer and the receiver and wait for the appropriate time, evaluate one’s status with the person we are correcting and the degree of beneficial effect.

Thus, the key question before correcting someone with your hand is to ask “ Do I have Power or jurisdiction over this person?”

The other extreme is to watch and say nothing and do nothing and go on  one’s merry way and say it is none of my business. That too is incorrect attitude of a Momin.

A Turkish Neurologist and I strike a conversation at our turkish hairdresser: Thank you Google translate:)

A HUMBLE SUGGESTION ON HOW TO HANDLE THIS GRACEFULLY:

In my humble opinion I suggest the following for the above case:

FOR THE ONE WHO IS CORRECTING THE DISOBEDIENCE

Usually this comes from a person who is well meaning but is impetuous. So, my message to her is:

SUMMARY: Show her by example and provide resources

FOR THE ONE WHO IS RECEIVING THE CORRECTION OF THE DISOBEDIENCE

SUMMARY: Learn to control your Nafs and look beyond the act for goodness and good intentions.

All of the above needs a clean purified heart which is not driven rough shod by the Nafs, pride and arrogance.

Thus, in my humble opinion and from what I have learned we must start with our own heart and put in place a methodology, a schedule and an awareness that we must learn to live within the envelope of “Tazkiyah tun Nafs”

DUA: May Allah all prepare our hearts to become “Qalb e Saleem” before we meet Him.

Here is Allah’s promise if we get it right:

And let there be [arising] from you a nation inviting to [all that is] good, enjoining what is right and forbidding what is wrong, and those will be the successful.

Here is the commandment in the Quran:

And here is the global benefits: