KHALWAH IN ISTANBUL: THE HADITH OF SOLACE IN SORROW 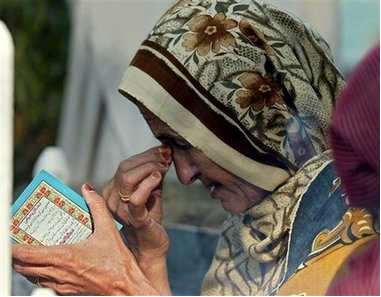 As the virus of this Pandemic rages through the hearts, mind and bodies of people all across the globe, sorrow accumulates and implodes within without a guidance on what to do, how to do it and why.

I personally in my state of sorrow when I lost why son 15 years ago at the age of nineteen was completely at sea. Someone ( may Allah bless them) sent me an article that defined the sabr of the Hadith Qudsi and it laid the hand of The Lord on my heart and made it a bit easier to negotiate the raging river of sorrow.

I am sharing it with you all with the hope that it brings you some strength, peace and comfort. 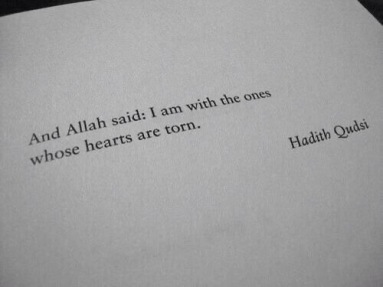 Definition of Hadith Qudsi: THE HADEES IN WHICH RasulAllah SAYS THAT ALLAHS SAYS IS TERMED “HADEES QUDSI”

Narrated Abu Huraira: Allah’s Apostle said, Allah says, ‘I have nothing to give but Paradise as a reward to my believer slave, who, if I cause his dear friend (or relative) to die, remains patient (and hopes for Allah’s Reward).

“Allah says that the abd (servant) of mine whose loved one I take away and that person bears this sorrow with ihtesaab:( which means “to do an act with the intention of sawaab of pleasing Allah) ( e.g. the one who fasted with the niyyah of fasting for sawaab not for dieting) thus sabr for the sake of Allah for such a person has immense rewards as noted below:

This person of mine will get no less than Jannah.

In another hadith it is related:

RasulAllah SAW was walking in the evening and saw a woman lying on her child’s grave and crying as Rasulallah SAW approached her he said “do sabr” to which she replied “if your child died you would know what it is like, only a mother knows”

Later someone told her who she had been speaking to was no other than RasullAllah SAW. When she found out that it was RasulAllah SAW she went to him, and apologized. RasulAllah SAW said “ Do Sabr” Sabr (with the niyyah to please Allah) is in the first moments of sorrow.

Later on, sabr comes anyway with time, and resignation to the loss, as there is no other option.

Thus “Sabr” is when sorrow is fresh and done with the niyyah of Allah awarding the ajr (reward) of Jannah.

If one does not do sabr at the onset eventually he or she will as there is no other option.

THE BOOK OF AR-RIQAQ ( SOFTENING OF THE HEARTS)