IN SEARCH OF A MOSQUE: FROM PAKISTAN TO SMALL TOWN AMERICA………… 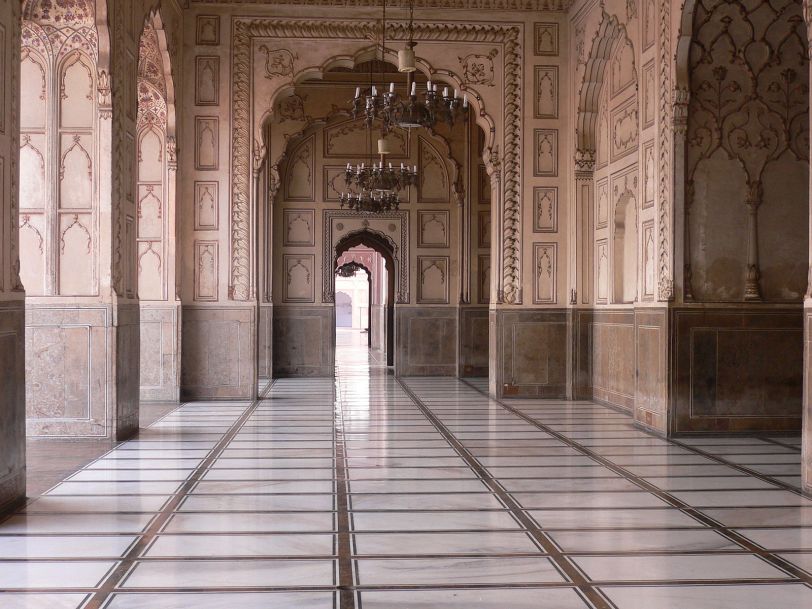 Growing up in Pakistan the mosque was something that was surrounded by hawkers and open shops that backed up to the mosque such that you never saw the building of the mosque except for the dome and minaret.

I never saw the imam or the muezzin unless they came to the gate of our house to ask for “chanda” or charity. They were usually humble, almost pathetic in their requests, sported a beard and hitched up shalwars. No one took them seriously. When my mother was home she gave money to my brothers to give to the imam.

When I think of this I realize that my brothers and sisters from Pakistan who have settled in America have not experienced anything more than this image from their hometowns in Pakistan. They are stuck in time. Perhaps they have not updated their image of the Imam as a teacher or guide, and are unable to separate the pathetic figure at the gate almost begging for charity for the mosque from a scholar teaching Islamic ethics in a University ( as in the UK eg Cambridge) or a Madrassah (eg in South Africa)

My brothers went to Jumma dressed in white and came back and ate a late lunch with us. The women waited patiently and never imagined going to the mosque, it was not a place for a woman even if she wanted to go.

Mosques in Pakistan were also places for sightseeing. As a young girl the only mosques I ever went to was those that were offered for sightseeing i.e. The Badshahi mosque and the Wazir Khan Mosque.

I would stand in the long halls with arches as the breeze would stir and bring me a sense of sanctuary and peace, while the tumultuous city of Lahore battled for food and spirituality with equal gusto.

Thus mosques growing up were never a part of the repertoire of my Islamic knowledge or a source of inspiration. In addition men with beards were always stern from afar but affectionate with their families when you met them socially away from the mosque. They were never a part of our family as I knew it.

I am indirectly a third generation American even though I grew up in my teens in Pakistan. Two generations prior to me from my family had migrated and settled in America, marrying local men and women and having children. They had no focus on Sundays so some of them went to the Unitarian Church, which they felt was closest to their Deen in ideology. Others drifted with personal attempts to learn and teach but the outcome was meager, and slowly the tidal wave of the American culture absorbed them and broke them into pieces with no connections to their birth Deen.

The torchbearer for the search for Islam in America was my young Aunt who had come to the US for the second time and was a student and at the University.

Along with 5 other male Muslim students she rented a place and called it a mosque. She took care of the premises and the men came to pray with her praying behind them as she was the only woman.

The male students were serious ambitious Middle Eastern boys who brought all the Middle Eastern baggage with them but since my aunt was footing the bill and taking care of the premises they were thankful to have a place to pray. These men went on to become famous leaders of MSA and some who were dazzled by the dollar and lost their footing in Islamic ethics,. My Aunt after a while went back to Pakistan to nurse her ill father who eventually died. She stayed on at his farm and opened a free school for village children and offered them education in Deen as well as the Arts and Sciences. These kids topped the charts in Lahore examinations. Like all finite beings she died in Lahore and lies buried not too far away from her school.

Meanwhile prior to her return to Pakistan, upon my arrival to USA she came to stay with me as a chaperone as I was a single intern working night and day. On the weekends we would drive around cities and town in our state, sightseeing and looking for mosques or other Muslims.

We had many adventures together.  Looking back at my contact with muslims, I recall that the best treatment we got was from Bosnian Muslims in our small town in the outskirts of New York.

My Aunt was single and stunningly beautiful with a smile that would melt your heart. The immigrants from India and Pakistan, which were the ones we mostly met and were invited to their homes, were extremely wary of two single women. Each of varying ages and would not allow us to speak to any of the male Muslims in their family even with those who I spoke with professionally outside their homes.

I felt like a square peg in a round hole.

One day she was waiting for me outside the hospital so we could go on one of our weekend sightseeing jaunts when a man who looked like a Muslim wheeled in an elderly ameican woman in a wheel chair. He said salaam to her and as he waited for the doctor to finish his consultation of this lady in the wheelchair they struck up a conversation, which was something my Aunt was excellent with.

When I returned she said we had been invited to the home of a Bosnian Muslim whom she had met when he was volunteering to bring this elderly American woman with MS to the hospital for treatment, and who was his neighbor. They were having a Muslim celebration. I was skeptic about going to a strangers house, muslim or not. It wasn’t Eid or any other holiday that I knew of so I was curious to find out what it was and how Bosnians celebrated. So I accepted an invitation to a strangers home with my Aunt as chaperone.

We drove that weekend to a small house in lthe modest part of our small town. As soon as we turned into the lane there were hundreds of (perhaps I am exaggerating) cars with NY license plates parked along the street.

Inside the man and his wife came to welcome us. Everyone spoke English and Bosnian and was very welcoming to us.

We did the Dhuhr Salah in a group and I who had never prayed in a large group like this realized that neither had many of the New York Bosnian girls around me.

After Dhuhr food appeared from nowhere, delicious foreign food that I had never tasted before.

Soon I noticed the guests fell in line and started reciting something, that I could not understand and then as if the veils of the past were whisked and the tune and rhythm fell into place. I was reminded of my childhood in school when we celebrated Milad un Nabi. They were singing “Ya nabi salaam a layka” with a Bosnian accent and the rest of the lyrics were in Bosnian.

This was my first introduction to a third generation American Bosnian extended family.

Meanwhile my Aunt was on a mission and her search to find Muslims and perhaps a mosque for herself and perhaps for me continued…………but there was none to be found until one day at Eid someone invited us to the Hartford Seminary basement for food after Eid and that is another story……..

2 thoughts on “IN SEARCH OF A MOSQUE: FROM PAKISTAN TO SMALL TOWN AMERICA…………”