ISLAM AND WORK ETHICS: Is working for Deen considered a “job” or “work”?

Dr Farhat Hashmi challenged a group of young women to define whether they thought of the work that they did for their Deen as a “job” or “work”.

The classification aroused a lot of discussion and definitions.

One woman read out this story of a man from Cape Town and you can come to an answer to the question unaided:

Here is the story (I have researched, paraphrased and added information on this man)

Not too many years ago a child was born to African black parents in Ngcingane, a village in the Transkei region of the Eastern Cape of South Africa The eastern cape is the poorest part of South Africa, where the summers are hot and the winters are frosty. 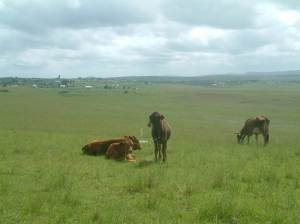 As a child he was a shepherd who herded sheep in the expanse,  protecting them barefoot with only a sheepskin to protect him from the cold.

He received 6 years of education till age 14 after which he found a job as a gardener cutting grass and rolling the tennis courts a the University of Cape town.

He moved to a township in Langa, apartheid was alive and well at that time and he walked 14 miles daily to get to and return from his work as gardener.

One day a surgeon working on the mystery of why a giraffe does not pass out when he bends his neck needed someone to hold the giraffe’s neck while he performed surgery and needed a strong man. After the failure of many assistants in holding the giraffe, frustrated he looked out of the window and saw a strong young black man working in the garden, he beckoned him and he came.

He held the giraffe for 8 hours while they performed surgery, took tea, food and restroom breaks and said nothing. After finishing he went back and completed his work in the gardens and the tennis court.

The details of his history of how he became a lab tech and then a surgery tech and taught thousands of students regarding liver transplant is history. His name was Hamilton Naki.

I am sure you can come up with many more lessons from his life.

Are these qualities we need to imbue in us as while we embark on Allah’s work?

4 thoughts on “ISLAM AND WORK ETHICS: Is working for Deen considered a “job” or “work”?”