ARE YOU AWARE OF WHAT EVIDENCE YOU ARE LEAVING BEHIND? 36:12 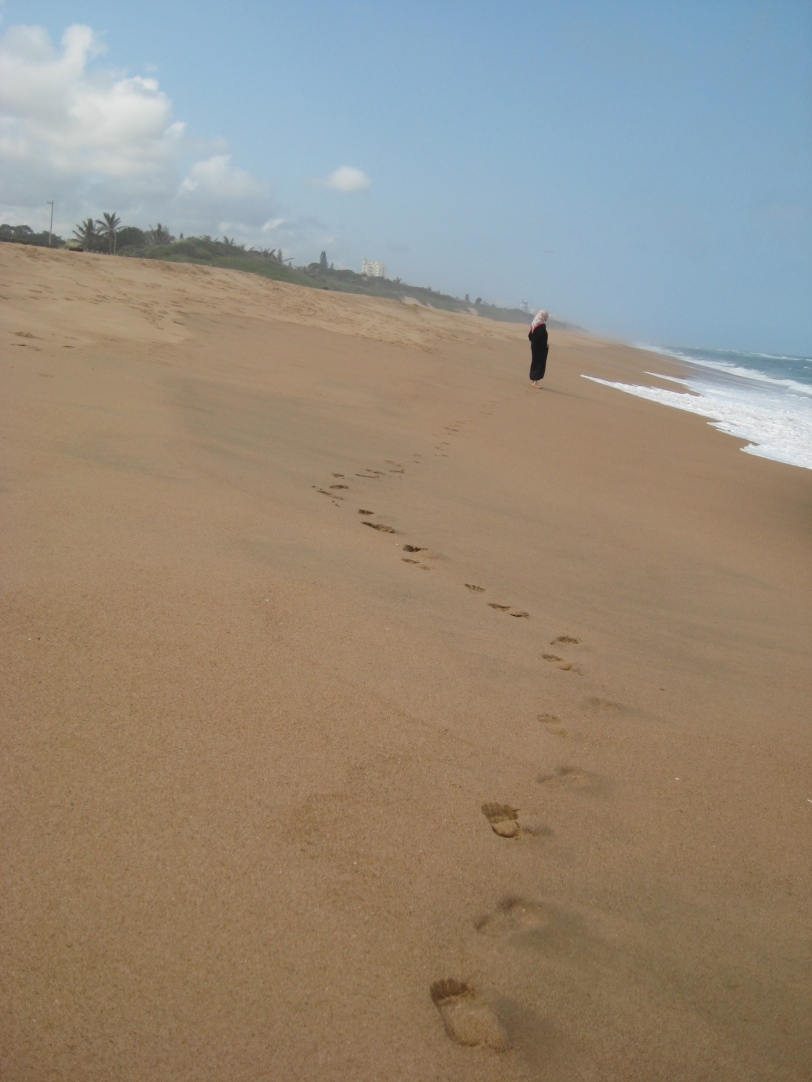 Indeed, it is We who bring the dead to life and record what they have put forth and what they left behind, and all things We have enumerated in a clear register.

Excerpted from the Tafseer by Dr. Farhat Hashmi as I understand it:

Allah Subhnawataala states that He is recording everything what we are leaving behind as we walk through life. “Leaving behind” are the clues of where we have been and what we have done there.

These clues or milestones have been called “Athaar” or footprints.

Examples of what is being recorded and using human examples is as follows:

The circumstantial and other evidence of where you have been, e.g. Google logging in where you went online and what sites your visited, your child checking your bookmarks on your computer and reading what you have left behind, your email being retrieved from deleted files and published or held accountable for a case with Homeland security, or your dissuading a friend from going to the halaqa and instead going to the movies with you, etc etc etc.

Each and every place you went, you saw you did has been marked by the angels and recorded just like Google or the FBI records your action except in more detail. If you did a good deed helped someone read or introduced an ayah of the Quran that changed his or her heart and he or she turned away from a sinful life.  For as long as he is doing good, along with his good deeds being recorded for him, the same are being recorded for you since you were the facilitator. It is like Amway when one of your agents sells you get a bite of the profits, except in this case it is not just money it is the account that will either get us into Jannah or NOT.

Did you write a book or article or even a letter that changed peoples lives for the better, or did you write an article dissing your Creator and putting doubt in the minds of people or did you give a talk where you discourage people from the spirituality of Islam?

If those people went on to follow the path you suggested, then you too get a portion of the good or bad written into your record. Thus your milestones and how you influenced others factors into whether you meet your Creator in his Rahma (Merciful) mode or in His Ghaiz (anger) mode, whether you taste the waters of Salsabil or the pus filled heated cups of the Fireful abode.

The choice is a no brainer.

However while going through life we Muslims seem to be unaware that every little thing we do, say or influence someone with, has a direction and a reward or punishment attached to it. Each act leaves behind a record to be evaluated on the Day of Judgement.

Are we keenly aware of the Athaar we are leaving behind?

In Surah Araaf Allah Subhanawataala describes the people of the wall who are suspended in middle ground between Jannah and Naar and need just an iota of goodness to put them into Jannah, and yet it is too late to collect that now…….

Mindfulness, Taqwa, Allah awareness, asking one self before every act of limbs, tongue or the senses: Will this benefit me on the Day of Judgment or condemn me?

I have recited Surah Yaseen so many times and yet this tafseer by Dr. Farhat Hashmi on the awareness of the Athaar or milestones (clues) that we are leaving behind……. is a wake up call for me……..

What should I do to decorate my Akhirah?

Please take this poll and help me out:

2 thoughts on “ARE YOU AWARE OF WHAT EVIDENCE YOU ARE LEAVING BEHIND? 36:12”