WHY DON’T WE ACT ON OUR KNOWLEDGE?

By asqfish December 3, 2011 roadblocks to action in deen 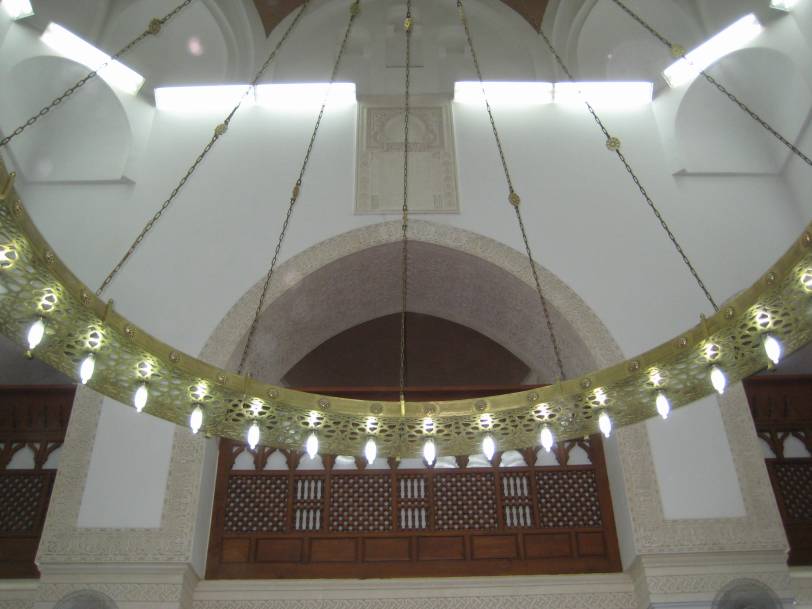 I am surrounded by beautiful, accomplished (in the dunya attributes) women, though fairly familiar with the pillars of Deen, but sadly lacking in action.

What are the reasons for well educated (secular education) women to have no interest in improving themselves and struggling in the path of Allah with Allah consciousness?

Many of them well educated in the nuts and bolts of Deen and yet one does not see them able or willing to translate into action these commands at the personal, family or business fronts of their lives.

It makes you wonder why?

I have been thinking about this for sometime and decided to enumerate some of the reasons that are apparent and some brought to light by Dr. Farhat Hashmi’s lecture on “Hikmat”.

I am going to identify and enumerate roadblocks in our translation of our Ilm to action. This exercise is primarily for myself but also for any one who finds her in this dilemma:

The example of immediate translation of ilm to action is that of the Sahabah standing in the “Qiblatain mosque” in ASR Salah. The command from Allah Subhanawataala to change the Qibla from Al Quds to Mecca comes in the middle of the Salah. Our beloved Prophet Muhammad pbuh changes his direction immediately and the Sahabas and Sahabiats follow instantaneously, no if ands or buts!

ROADBLOCKS BETWEEN LEARNING ILM & ACTING UPON IT.

Fear of rocking the boat of status quo is at the root of our inability as women to change, even though we live in an ever-changing world. Allah Subhanawataala reminds us in the Quran “Every thing changes except Allah”

EXTERNAL ROADBLOCKS TO ACTING ON OUR KNOWLEDGE

The major external roadblocks to progress in Deen despite having the knowledge in an average Muslim woman in the US is:

Any progress in transforming their knowledge of Deen into action and changing the milieu of their home environment, school, and society, is severely stunted because of oxymoron values in the immigrant society of USA and the societies they came from.

Accomplishments of action that are visual, i.e. clean house, pretty girl all made up and children in AP classes are more important than a simple house (without much knick knacks,) a simple girl not spending too much time in makeup, and honest, God fearing children who may or may not excel in secular sciences but excel in Quranic knowledge and action)

Sometimes children are placed in programs after school that run over the Asr and Maghreb Salah not only for the children but also for the mother who is driving them to these programs.

2. Obsessive Compulsive traits and disorder; translated into spending excessive time, effort and energy in house keeping and personal grooming.  The result is visually pleasing and the OCD is satisfied. The house is immaculate, bathrooms gleam, clothes are ironed, and children are well fed sometimes overfed. Busing to all after school programs is done with great efficiency and timeliness. Unfortunately this OCD is not translated into development of ones own persona with the principles of Deen.

3. The Dumb Blonde phenomenon: There is an innate fear in women of learning more or outstripping their husbands in the knowledge and practice of the Deen.

4. Fear of not fitting in: The environments we choose for our self are wide open and yet we choose “the rich & famous” or the “popular crowd at school or work” and thus restrict our self to fitting into their format.

Thus we end up hiding our faith, and its expression and find our self more and more in circles where mentioning it is frowned upon (even Muslim circles) and if we do express our Deen by action there is a very real fear in the sisters that they will be dropped from the popular (lots of dinner parties/popular) group.

5. Fear of the children being ostracized by the more affluent and less God fearing segment of Muslim society keeps the mothers from appearing too desi or religious in their actions in Deen and thus keep their expression of Deen under the covers.

6. Ghafala and a reluctance to learn because it will affect the current lifestyle (e.g. if I read about hijab I may have to do it or feel guilty about it, thus it is better not to study it at all)

7. The stupor of contentment: Most immigrants are full to the brim with wealth, secular education, private networks of friends and family and do not want to leave the circle of comfort to learn and practice the Deen, they see no need for it.

8. Time Killers: Many Muslim women are hooked to different soap operas on American TV, Jadoo TV or Arab TV, and are unable to tear themselves away from their cushy couches to go to a halaqa or jamaat Salah or to volunteer for something for the poor and needy. Life is just too comfortable, why rock the boat?

9. Vicarious living through their Children. Many Muslim women sink their persona into their children and live their dreams (sometimes dreams of wearing skimpy clothes or being in the fast group, or excelling in academics) through them vicariously, pushing them without pushing themselves.

10. Compartmentalized life: With Internet, texting, and all the other social media, social graces have disappeared because I can shut of a social interaction with a click. Thus I do not have to stretch my Nafs to be compassionate or caring of another at a time that is not convenient for me.

I find new brides on the Facebook when they should be communicating or consorting with their husbands…………strange to see their preference, or perhaps it is too much effort to do the other, FB shuts off with a click but not a new husband.

11. Deferred Living: Many if not most Muslim women are in a state of emotional suspension of their goals, they will do so and so when the children are in school or out of school or married or etc. etc. etc.,

12. Divided Families by choice: Allah Subhanawataala made a father and mother for a purpose but many families live as single parent families by choice. This is done for the sake of money, ambition, or personal choice. Thus leaving the children to grow up without the influence of a fulltime father or mother thereby imprinting a single parent family pattern on the next Muslim generation not by circumstance of divorce but by choice.

13. Fear of loss of freedom: (The Ostrich phenomenon)

Many Muslim women do not want to study Islam in depth because they feel that it may restrict their movements, socialization or work patterns and are happy with the way their parents raised them. They lack the ambition to better themselves in their Deen.

At one women’s gathering I asked the guests what their goal was: 10 out of 12 had only goals for their children to get educated and marry. The other two hesitated and had obviously never thought of having a personal goal in Deen.

2 thoughts on “WHY DON’T WE ACT ON OUR KNOWLEDGE?”