Today is my mother’s birthday. I am deeply grateful to Allah Subhanawataala that she was born, and that I was fortunate enough to be her child.

Birthdays are important to remember, especially your own as was remembered by Prophet Muhammad pbuh………….He was asked what day he was born and he said Monday, he was asked why he fasted on his birthday, he said that he wanted to thank his Lord, and fasting was something that one did exclusively for Allah ………or so I remember from listening to the Seerah of RasullAllah pbuh taken from various authentic sources and presented in a CD set covering the Makkan period.

Another important fact that engulfs my thoughts with fragrance is the fact that Prophet Muhammad’s ( pbuh) uncle ………..actually distributed sweets to the Quraish on the birth of his nephew, little did he know this little baby nephew whose birth had brought so much joy to the family was destined by Allah to be a Mercy for Mankind.

For that one act Prophet Muhammad pbuh said, his uncle who died without taking shahada, will be raised out of the Fire for that one day every year………..

Despite trying right till his last breath Prophet Muhammad could not overcome the Quraishites pressure that prevented his uncle from declaring the shahada even though he was so ready to do so.

The year my mother was born unbeknownst to her it was a year where women made history and the map of the Muslim world was redrawn.

The land grab for Muslim lands started but was not limited to Palestine with the passage of the nefarious Balfour Declaration in 1917. After 1100 years of benign caretaking of Jerusalem with open rights for all religions to practice and visit, it was stealthily wrenched from the Muslims and slid into the hands of the Zionists.

The declaration was made in a letter from Foreign Secretary Arthur James Balfour to Baron Rothschild (Walter Rothschild, 2nd Baron Rothschild), a leader of the British Jewish community, for transmission to the Zionist Federation of Great Britain and Ireland, a Zionist organization. The letter reflected the position of the British Cabinet, as agreed upon in a meeting on 31 October 1917. It further stated that the declaration is a sign of “sympathy with Jewish Zionist aspirations.”

That same year on August 29 – World War I was declared and The Military Service Act is passed in the Canadian House of Commons, giving the Government of Canada the right to conscript men into the army. http://en.wikipedia.org/wiki/1917#August

In undivided India among those conscripted was my maternal grandfather a physician who was sent overseas immediately after the birth of his first child, to return five years later. My grandmother said, the only way we knew he was alive was that his paycheck was delivered once a month and very rarely a letter came.

While in the US in August there is the Green Corn Rebellion, an uprising by several hundred farmers against the World War I draft, which takes place in central Oklahoma.

While my mother was born free in a country ridden by the Hindu caste system, and the horrible fate of widows who were burned to death on their husbands pyre, American women of color were also struggling in slavery and its consequences: On July 28 in 1917 – The Silent Protest is organized by the NAACP in New York to protest the East St. Louis Riot of July 2, as well as lynchings in Texas and Tennessee.

1917 turns out to be a year of turmoil for women…… In the United States, a “Night of Terror” results in the injury of several influential suffragettes.

Jeannette Rankin of Montana becomes the first woman member of the United States House of Representatives.

And in February 23 – The first International Women’s Day is observed in Russia.

In 1917 sadly a chapter of Muslim patronage of Jerusalem ends as on December 11 – British troops take Jerusalem from the Ottoman Empire.

Third time unlucky: Gaza is lost along with Jerusalem to the British

In this year was born the 35th president of the United States  John F. Kennedy who succumbed to a violent end by a citizen of his own country. The word terrorism had not been coined yet and the Patriots act was not in effect. 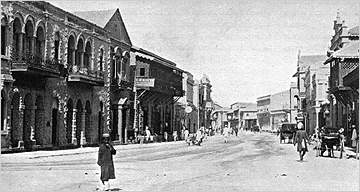 Karachi where my mother lived a large part of her married life and where I grew up, looked like this in 1917

She would not recognize Risalpur today, the city of her birth

The British enter Baghdad, the greed for oil drives the west into the desert 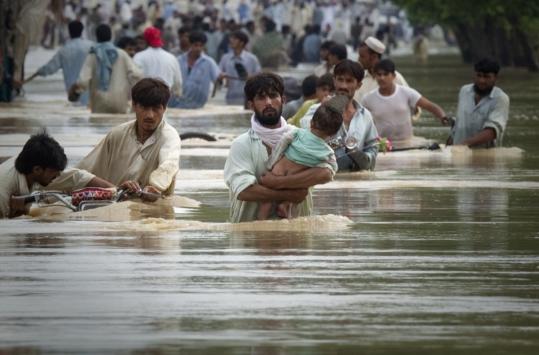 Risalpur submerging under water like memories of old days

My dear mother born in Pakistan, bore the strife of an absent father in her first five years,conscripted to serve the British, grows up with Istiqamah, becomes one of the 12.5 million refugees to Pakistan along with her three of six children, fights for an independent homeland for muslims side by side with The Quaid for the land of the Pure and spends her life educating people on the values of life, and practicing Tazkiyah Nafs. May Allah give her the best place in the elevations of Jannat ul Firdous…………….. I miss her and her wisdom intensly.