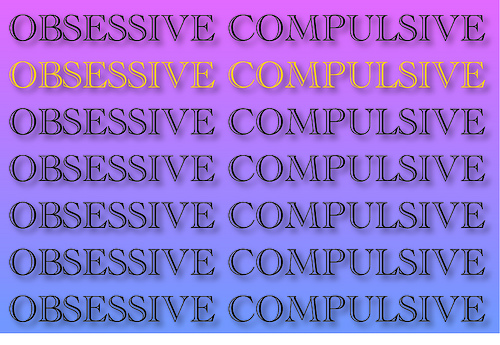 I have just finished reviewing the tafseer of one of the ayahs in Surah Nahl which is recited at every Salaat ul Jumma and is about Ehsaan with Al Qurba, which means relatives.

Lo! Allah enjoineth justice and kindness, and giving to kinsfolk, and forbiddeth lewdness and abomination and wickedness. He exhorteth you in order that ye may take heed. (90)

I decide to go and visit him. Despite his history of past abusive behavior he is still a relative and as per our Prophet and now as per the words of Allah, I need to make an effort.

I pack up the copy of the Adkaar booklet that I had printed in memory of Ammi and Tariq and a brochure copy of the duas of happiness that I downloaded online from a free site and drive to his apartment.

I ring the bell once, twice and three times and no one answers as usual. I hear a shuffling inside after the second bell, but then he moves away without opening the door. There are no butterflies of nervousness in my stomach this time. I am fulfilling the rights of a Muslim, nothing more and nothing less.

I move away, perplexed at my deep sadness at his condition, and my inability to rectify it.

Wrapped tightly in his obsessive compulsions he finds it impossible to throw away the papers even when they have outlived their usefulness, couple that with a brilliant intelligence, a sharp biting tongue with a scathing vocabulary and he outsmarts & outwits the most virulent scorpion alive in human form.

I return home and open my mail and my blog and am amazed to find it filled with comments from a rigid, disrespectful and downright rude individual who has an obsessive-compulsive disorder, with perseveration of obsessions in articles of faith.

By the next day the comment section is full of this persons virulent denigrations of everything and everybody. From personal insults and name calling, he has gone to insulting the major imams and scholars of Islam something even the most virulent islamophobes haven’t done yet (at least not to my knowledge).

I am torn between trying to make this person understand why he must be polite and follow the ikhlaaq of our Prophet Muhammad pbuh when he communicates, or just blocking his obnoxious comments. I make an attempt to make him see his actions in the light of the actions of Prophet Muhammad pbuh and this brings back more abusive behavior. I close the blog and for a fleeting moment, I wonder why I am writing this blog, I can almost hear my mother say: “ what do you expect if you expose yourself, you will be hurled insults at some point”

I am reminded why I live in the west and why 50% of the muslim population that is female will never whole heartedly support pure islam, because of people like this person who in the garb of being a “salaf” or a pure Muslim is abusive of those very scholars and followers of Prophet Muhammad pbuh who would qualify for that title.

Why am I writing this?

Such people wreck havoc in the world by going back again and again obsessively to correct their mistakes by starting a second, third and a fourth war to finish off what their ancestors may have left unfinished. Such people are cruel to women and children and frighten them to the point that women and children if they can leave that faith and country do that and run away forever.

2. There are people out there in every faith, who will sometimes flood the cyberspace with negative energy and sap all the spirituality out of the faith be it Islam or any faith.

Our concern of course is with those of the Islamic faith, who terrify women and children with their rigid and uncompromising judgments and punishments while remaining immune to the same for their own selves.

I sometimes think that perhaps the upheaval in the Islamic world is because Allah Subhanawataala is tired of tyrants in the name of Islam and he wants to change one nation for another. In war all the bad people will die and new people will either migrate in or be born fresh into a faith that brings peace, solace and love to this world, but is currently being veiled by the smoke of all this negative energy.

I was going to say that people with obsessions and difficulty with impulse control need to be treated with medication, which is now available and restrained from leadership positions by family and friends, but I feels silly saying that after my unsuccessful experience with my relative with a similar disorder.

I do not know what is the solution. There is medicine available that is successful in controlling the obsessions and compulsions and making the people around the sick person comfortable, but most people who suffer from this malady do not take medicine even if they know about it. The women and children in their households continue to cringe and wait the day they can escape.

Allah Subhanawataala has made a remedy for every disease (mental or physical) but what does one do if the person with the ailment believes he is well and is in a leadership position at home, at work or in the world at large?

Definations from the Medical texts:

According to the DSM-IV-R, people with Obsessive-Compulsive Personality Disorder (OCPD) are characterized by a preoccupation with details, lists, rules, orderliness, perfectionism, and mental and interpersonal control at the expense of flexibility and openness.

People with Obsessive Compulsive Personality Disorder (OCPD), on the other hand, feel that the way they run their lives is correct and that they are surrounded by people living the “wrong” kind of life. OCPD is often noticed first by family members or friends; often people with OPCD don’t think they have a problem. For this reason, it is extremely difficult to treat and it causes a lot of distress in relationships.

One thought on “OBSESSIONS, COMPULSIONS AND CRUELTY…………”