THE CONSEQUENCES OF DISOBEDIENCE OF ALLAH 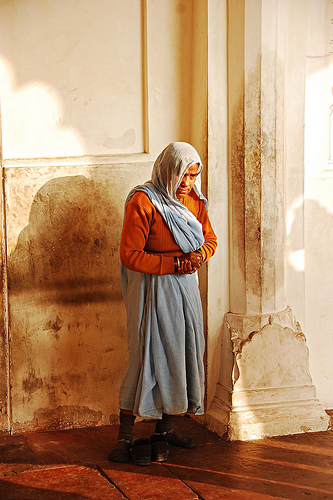 Learning these consequences will help us resist committing sins in shaa Allah. Print them out and hang them in your room, next to your computer screen, and in any place you frequently disobey Allah.

These are the consequences of disobedience:

1- The prevention of Knowledge. Knowledge is a light, which Allah throws into the heart, and disobedience extinguishes this light. Imam Al-Shaafi’e said,

“I complained to Wakee’ about the weakness of my memory, so he ordered me to abandon disobedience. And informed me that the knowledge is light. And that the light of Allah is not given to the disobedient.” 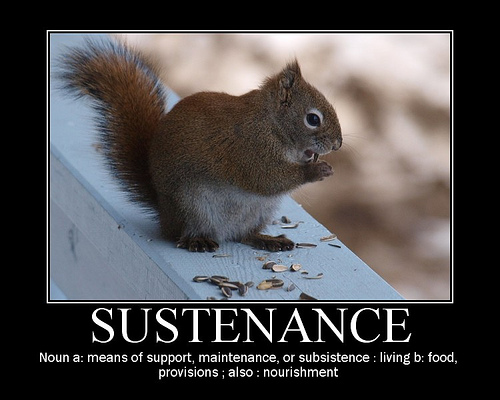 3- The prevention of obedience (to Allah). If there were no other punishment for sins other than that it prevents one from obeying Allah then this would be sufficient.

4- Disobedience weakens the heart and the body. Disobedience does not stop weakening the heart until its life ceases completely, rendering the body dead.

5- Disobedience reduces the lifespan and destroys any blessings. Just as righteousness increases the lifespan, sinning reduces it.

6- Disobedience sows its own seeds and gives birth by itself until separating from it and coming out of it becomes difficult for the servant.

9- Disobedience is a cause of the servant being held in contempt by his Lord. Al-Hasan al-Basree said, “They became contemptible in (His sight) so they disobeyed Him. If they were honorable (in His sight) He would have protected them. Allah the Exalted said, “And whomsoever Allah lowers (humiliates) there is none to give honor.” (22:18).”

10- The servant continues to commit sins until they become very easy for him and seem insignificant in his heart and this is a sign of destruction. Every time a sin becomes insignificant in the sight of the servant it becomes great in the sight of Allah. Ibn Mas’ood (rAa) said, “Indeed, the believer sees his sins as if he was standing at the foot of a mountain fearing that it will fall upon him and the sinner sees his sins like a fly which passes by his nose so he tries to remove it by waving his hand around.”

11- Disobedience inherits humiliation and lowliness. Honor, all of it, lies in the obedience of Allah. Abdullah ibn Al-Mubarak said, “I have seen sins kill the hearts. And humiliation is inherited by their continuity. The abandonment of sins gives life to the hearts. And the prevention of your soul is better for it.”

13- When disobedience increases, the servant’s heart becomes sealed so that he becomes of those who are heedless. The Exalted said, “But no! A stain has been left on their hearts on account of what they used to earn (i.e. their actions).” (83:14).

14- Sins cause the various types of corruption to occur in the land like corruption of the waters, the air, the plants, the fruits and the dwelling places. The Exalted said, “Mischief has appeared on the land and the sea on account of what the hands of men have earned; that He may give them a taste of some of (the actions) they have done, in order that they may return.” (30:41).

15- The disappearance of modesty which is the essence of the life of the heart and is the basis of every good. Its disappearance is the disappearance of all that is good. The Messenger of Allah (pbuh) said, “Modesty is goodness, all of it.” A Poet said, “And by Allah, there is no good in life or in the world when modesty goes.”

16- Sins weaken and reduce the magnification of Allah, the Mighty, in the heart of the servant.

17- Sins are the cause of Allah forgetting His servant, abandoning him and leaving him to fend for himself with his soul and his Shaytan and in this is the destruction from which no deliverance can be hoped for.

18- Sins remove the servant from the realm of Ihsaan (doing good) and he is prevented from (obtaining) the reward of those who do good. When Ihsaan fills the heart it prevents it from disobedience.

19- Disobedience causes the favors (of Allah) to cease and make His revenge lawful. No blessing ceases to reach a servant except due to a sin and no retribution is made lawful upon him except due to a sin. Allah the Exalted said, “Whatever misfortune afflicts you then it is due to what your hands have earned and (yet) He pardons many.” (42:30). And the Exalted also said, “That is because never will Allah change the favor He has bestowed on a people until they change what is with themselves.” (8:53).

A note from the guest author:

The woman that was killed two days ago in Baghdad was because of the sins of her sister on the other side of the globe. The man that was killed yesterday in Jerusalem was a result of his Muslim brother’s sin in the country next to his. The whole status of our Muslim Ummah is the result of accumulating sins for the past 100 years. It has to stop because if the disobedience goes on at this rate we will never rise up again. It’s a Divine Law and there is no way around it.

12 thoughts on “THE CONSEQUENCES OF DISOBEDIENCE OF ALLAH”