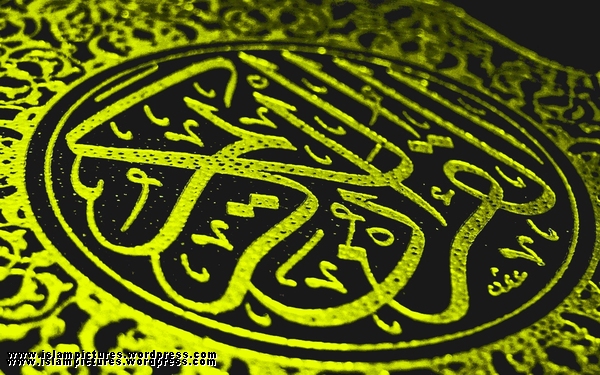 Prophet Muhammad SAW is being commanded in these ayahs to address the idolaters and defier of the faith and those who deny the message:
My note: These are instructions to our Prophet, while he is faced with his own family and friends who are well to do and argue with him about the existence of one God. However the Arabs in those days were widely traveled and had seen the destroyed nations all over the middle east and even further, and thus knew that previous nations had been destroyed by the disobedience of God and somewhere in the center of their hearts they knew that Prophet Muhammad PBUH was speaking the truth about worshipping only one God.
RESISTANCE TO CHANGE IN LIFESTYLE
Thus Allah SWT commands our Prophet PBUH, beginning with “Say!” and then he gives him the words to bring understanding to these people who were so well ensconced in their way of life, even if it is to their detriment, that any threat to it was met with violent force.
Allah SWT is commanding Prophet Muhammad PBUH to say…….tell them, say to them:
“Wake up! ” Think! …if Allah’s azaab (wrath) comes , in this world (personal or natural disaster) or the HOUR, (The Day of Judgment) You will not call any other than Allah if you are included in the truthful. (Sadiqueen). It is actually a statement of fact.
IN TIMES OF DISTRESS…….
Even the kaafirs, people who have been committing shirk in the event of a huge disaster, turn and call to Allah.
Allah SWT reminds: Think about it ……then at this time will you will continue to do the wrong things you are doing, No you will call for Allah and then He will take away the disaster and you will forget your idols
Tawheed is in the fitrah of every human, thus when a major disaster falls on them at that time his tawheed rises and he calls out to God, forgetting all the smaller Gods that he has been committing shirk with.
At times of difficulties whether minor or major, we should call for Allah and no one else, Sometimes even muslims call for saints, other messengers of Allah and relative of RasoolAllah, and that is completely forbidden and comes under shirk.
Allah also listens to the idol worshipers if he wants to, thus a dua of the oppressed has no impediment in rising to The Lord, and He listens and helps. If He wants
Allah also listens to the call of the restless, and his Rahma is more than his Ghadab.
DO NOT BE DESPONDENT OF THE MERCY OF ALLAH (this is the translation of a supplication from the Quran: La taknatu mer rahmatullah (repeat on the rosary/Tasbeeh in times of distress)
Allah has Rahmat- e- Aam, (Mercy for All) whether one is kaafir or momim, one should never say I am too sinful so Allah will not listen to my dua, when Allah listens to the dua of the oppressed even if he is a kaafir, then a muslim who has even done terrible sins should not be despondent of the mercy of Allah
The waswasa (whisperings) from Shaitan are that the sinful should remain despondent of the mercy of Allah. Thus whether one is faced with a small challenge or a huge disaster one should ‘ruju’ (call upon, get help) this to Allah. (Tafseer by FH)

6:40 Say: “Think ye to yourselves, if there come upon you the wrath of Allah, or the Hour (that ye dread), would ye then call upon other than Allah.- (reply) if ye are truthful!

6:41 “Nay,- On Him would ye call, and if it be His will, He would remove (the distress) which occasioned your call upon Him, and ye would forget (the false gods) which ye join with Him!”

My observation on where I live: This brings to mind the episode of 911 in the US; it was the first time that this generation of Americans had personally experienced a disaster on their own soil in which every person was affected. Two things happened: It put the fear of God in them and all the worshipping centers of every faith were full of people every day and second all the copies of the Quran were sold out from every bookstore all over the United States.

What do you do in distress? Please share your steps.