THE CONCEPT OF ‘EVENTS AT DEATH’ IN ISLAM 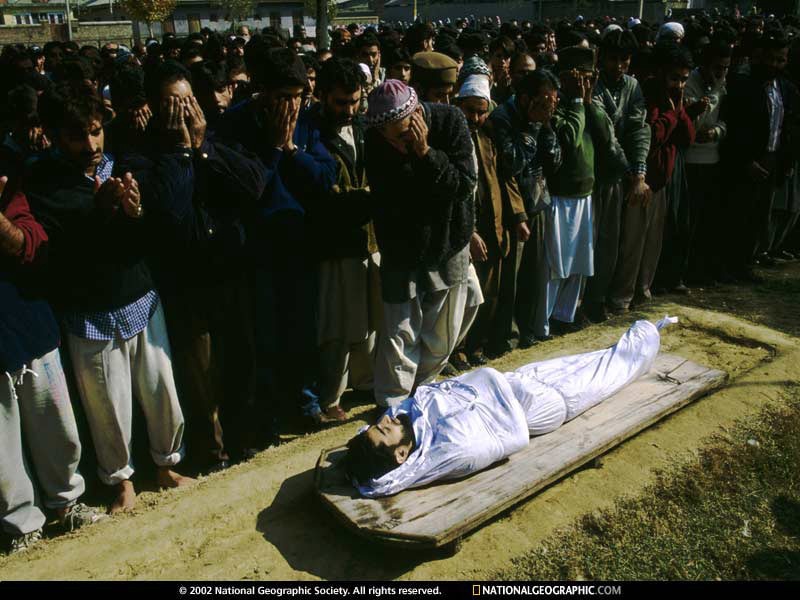 This has been a difficult subject for me to write. I have read about it and listened to many scholars on this subject, yet it remains personally challenging.
Listening to the Surah Al Anaam in the middle of a storm, isolated in a gym far away from home at the retreat had a way of bringing it to me so picturesquely that it made it possible for me to share it with you.
I pray for myself and I ask you to pray for me that I die a Momin, and that no muslim be put through what non-Momins are put through at death.

6:61 He is the irresistible, (watching) from above over His worshippers, and He sets guardians over you. At length, when death approaches one of you, Our angels take his soul, and they never fail in their duty.

6:62 Then are men returned unto Allah, their protector, the (only) reality: Is not His the command? and He is the swiftest in taking account.

(The tafseer is primarily from Sheikha Farhat Hashmi and some from the retreat and some for the CDs “The Hereafter”)
Allah SWT introduces Himself. He commands us to know Him (SWT) and to look into ourselves and His (SWT) signs around us.
SLEEP: The cycle of life and minor death is repeated every night. Our body continues to function at the level of basic subsistence and the soul (Haivani) remains with the body.
Our spiritual soul (for the lack of a better translation) is taken from the body and it reviews the day’s activities, and then it is returned upon awakening. Every night this cycle is repeated and then we are awakened to carry on the activities of the next day. We are being given a chance to prepare every night for death, and review our life every morning and to make decisions of obedience to Allah.
Our spiritual soul leaves at night but our physically body retains our Haivani soul that continues to function in the physicality of the body i.e. vital function of life (breathing, heart beat etc
We have been sent to this world for an appointed time. Thus the spiritual soul is returned to the body and we awaken to fulfill our appointed time in this world.
Allah SWT gives an example of sleep being a minor death because it is something fathomable by the human brain. However one day at an appointed time this cycle of the minor death (sleep) followed by awakening will end, and our loved ones will grieve at our departure.
At that time we cannot return to this earth to improve our actions and or erase our regrets of good deeds undone. Our book of actions will close and the first phase of questioning about our actions on this earth will begin.

Allah has control over everything and watches over all of us. He does allow us free will in some areas, but some areas we do not have free will (e.g. our choice of our face, our parents, and need of food, sleep and the progress of age from infancy to old age. Etc)
We are independent in many areas and we become accountable for our actions in these areas.
ALLAH DESIGNATES ANGELS FOR US IN LIFE & IN DEATH
In life each one of us have a designated set of angels, they have no emotions or feelings (unlike what the movies depict) they are allocated to us to keep watch over us in two ways:
1. One set is for life (our assigned time in dunya) and they watch over us to protect us from harm and to keep a detailed record of our actions. They have no way to record our intentions….. that only Allah knows.

2. The second set arrive at death and come prepared for removal of the soul from the body depending on whether we are Momin, Kaafir and or Munafiq and I presume all the levels in between.

GUARDIAN ANGELS
RasoolAllah (PBUH) said (related by Abu Huraira RA): and I paraphrase: We are assigned several angels in our life; they have two shifts. Some watch over us in the day and some in the night. There are two times when all the angels of the Day and Night assigned to each one of us meet. The first time is between fajr and Ishraaq and the second time is between Asar and Maghrib.
The departing angels return to Allah SWT at this window of time take our record of the day or night (Tahajud) with them to Allah SWT who asks them ‘How was my abd and what was he or she doing?’ even though He (SWT) knows. (Al Aleem)

The angels are accurate in their reporting. If we are praying then they report, “Your abd was in prayer” and if we are sleeping at fajr then that is what they report.

Thus at all times in life and in death, we have angels with us. (It is recommended that when you enter your house even if there is no human there, extend your salaam, as there are angels in your house who greet you).
ANGELS OF PROTECTION & DOCUMENTATION
We have a fixed and appointed time in this world and the angels appointed to us protect us during this time. One example given by RasoolAllah is that seven angels protect just our eyes.
THE QUALITY OF THEIR WORK is mentioned in these ayahs. They continue their job diligently both of protection and recording till the time of death comes, then the angels of life stand aside for the angels of death (several).
Our soul is removed from our body by the angels of death never to be returned to it again (as was done after sleep).

THE DEPARTURE OF THE MOMIN
At the death of the Momin, the angels of death come and extend salaam to the Momin, at this time the Momin in the throes of death……. smiles. (Perhaps some of you may have seen this in a pious relative) The angels of death then gently call for the soul to come out.
From another reference (The Hereafter by Anwar Awlaki): When the soul of a believer who is righteous and innocent is removed, it comes out of the body like a drop of water sliding off the tip of the spout of a jug. However the soul of a disobedient person fights back and refuses to leave the body. His soul is removed forcibly and comes out torn and fragmented like a piece of cloth being pulled off a thorny bush.
It is also reported that when the soul of the innocent leaves the body voluntarily when called by the angels of death, the eyes of the dying watch it leave. (I remember being perplexed at the peaceful look in Tariq’s eyes in death: as if he was watching something going far away that he liked, his face in repose…at peace)

If the person is a Kafir or Munafiq then the angels of death look frightening to him and the dying person is terrified at the time of death.

PERFECTION OF THEIR TASK.
At the time of death the angels, both those of life and those of death complete their task perfectly, neither excessive nor less. And fulfill their duty completely towards their Lord as ordered.
When the soul is removed it is returned to Allah SWT.

THE JOURNEY OF THE SOUL OF THE MOMIN

This description is from a Hadith related by Abu Huraira (RA)
The angels of death arrive with a coffin for the soul of the Momin, perfumed with the fragrance of Jannah. The soul of the Momin is wrapped in the perfumed silk coffin and the angels ascend with it towards Allah SWT traversing the seven heavens.
At each Level of Heaven the door is opened with a welcome, and the angel guards ask “ who is this pure (paak) soul that lived in a pure (paak) body? (The importance of remaining in taharah at all times is thus extremely important) until it reaches Allah SWT. (I am not sure what happens there)
The spirit is then returned to earth to remain with the body and it asks to be buried quickly (thus the muslim injunction to bury the body as quickly as you can)
In the grave, the soul is returned to the body and the Munkar Nakeer begin their interrogation.
Who is your Rab? The Momin says Rabi Allah
What is your deen? The Momin says Deen e Islam
Who is your Nabi? The Momin gives shahada of Prophet Muhammad as Allah’s Rasool
When the same questions are asked fron the Kafir and the Munafiq he or she says:
“I don’t know” or “I said what ever other people said”
The momin is then put to sleep gently and with respect and told that he or she will wake up on the Day of Judgment.
As for the disobedient and those who deny Tawheed of Allah:
Surah al Annam Allah SWT warns:
006.093   Who can be more wicked than one who inventeth a lie against Allah, or saith, “I have received inspiration,” when he hath received none, or (again) who saith, “I can reveal the like of what Allah hath revealed”? If thou couldst but see how the wicked (do fare) in the flood of confusion at death! – the angels stretch forth their hands, (saying),”Yield up your souls: this day shall ye receive your reward,- a penalty of shame, for that ye used to tell lies against Allah, and scornfully to reject of His signs!” (Translation by Yusuf Ali)
Barzakh is an Arabic word derived from the Persian word” Pardah”: The hijab between the world and the Day of Judgement

In summary: These ayahs underline the following:
1. Allah is Al Qahir, Al Haqq ,Al Hakim & Al Hasib, four powerful attributes of Allah in these ayahs!
2. We are assigned a fixed time in this dunya
3. We are accountable for our voluntary actions in this dunya: based on our declaration and implementation of Tawheed in ourselves and our behavior accordingly with our fellow human beings.
4. Sleep is a minor death, and is used as an example of death and resurrection on the Day of Judgment.
5. What happens at death and immediately after is alluded in these ayahs and explained in more detail by Prophet Muhammad (PBUH)
6. We have a team of angels protecting us in life and caretaking us in death exactly as per orders of Allah no less and no more.
The lessons from these ayahs are self-evident and are an incentive to prepare us.

What do you do daily to prepare yourself to meet your Maker? Please share.

33 thoughts on “THE CONCEPT OF ‘EVENTS AT DEATH’ IN ISLAM”